My second session of the first day of Inbound14 was intended to be about buyer personas with Julie Kukesh. However, even with coming 15 minutes early it was full.

The session didn’t disappoint. Here are my notes on the session and other thoughts.

The most important concept is that you pass the re-share test. Everything you post should be eligible for a re-share. It should be so informational that they will re-share it to their followers.

The equivalent is that you tell your friends about something you’ve tried or double your tip at a restaurant.

Look at Google+ Ripples. If you don’t get out of your own circles and into other big circles you haven’t succeeded on Google.

Every post should contain value in some form or the other:

Use the NPR model when defining whether your social media posts are valuable. Look at your Twitter stream and ensure that you are not just promoting yourself. Always be reviewing your own list.

If Guy is writing books, he can’t also create content for blogs/social. He specifies the value of curating content.

This is a controversial topic.

As social media marketers, we should be bold. You should take a stand. It’s our responsible.

It gets tougher as a brand, but you can always take stands on specific areas.

Guy Kawasaki shared an example of him taking a bold stand on Gun Control. He goes against the grain as being part of the group that is against the NRA.

You will take heat for taking a stand, but you should always be pissing somebody off on Social Media. If you’re not pissing someone off you are not using Social Media correctly.

Have a zero tolerance for trolls. Block people according to a one-strike and you’re out policy.

Think about people who are skimming through quickly. Use bullet points on Google+. If you overthink a social media post, you usually tend to kill your post.

Always link back to the original content. You should always be thinking about reciprocity. A huge part of the content you share on social media will be from other authors.

Make sure you mention them and credit them, so they are aware of what you are doing.

Twitter Tip; Add an image and tag people in that photo without taking up character count. Very useful to tag up to eight extra people without mentioning them inside your tweet and thereby take character space.

Schedule and spread out your posts

Guy’s favorite subject and tip to get more out of social media.

You need to spread out and schedule your posts to obtain the maximum amount of posts.

If someone is noticing four posts in your stream within 24 hours it’s not your problem. That person should get a life or find a way to get more followers himself.

Guy does get complaints from this heavy posting, but he also gets results. He doesn’t care about the complainers and just tell them to stop following him. He has the UFM acronym; Unfollow Me.

Again, Guy shares an example of sharing the same post four times on Google+ within minutes by mistake. All the post received the same amount of shares/+1s. No complaints, just success.

Both recommends to cross-post your posts on all the various social media. Don’t hold it to only one platform.

Incorporate CTAs from the different platforms into the other platforms. For instance, use Pin It if you are sharing an image.

You will be able to see the way that the post is being shown to other people.

You will be surprised to see that other people think

Recommended services from Guy and Peg:

Overall it was a great session full of energy and an engaged audience. 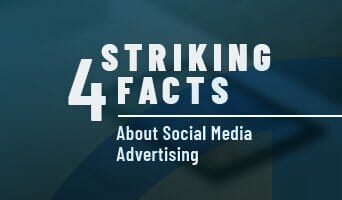 4 Striking Facts About Social Media Advertising You May Not Know 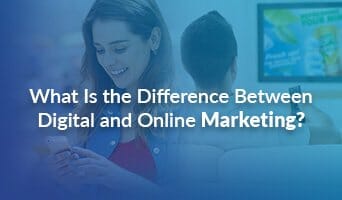 What is the Difference Between Digital and Online Marketing?