In today’s competitive and cluttered market space, the success of a marketing campaign for an SMB typically depends on the ability to penetrate the market effectively.

Furthermore, continued growth is extremely difficult to attain for an established small business if it’s bootstrapped or up against corporations with larger marketing budgets.

This is why I’ve always been a fan of Guerrilla Marketing and exploiting cost-effective marketing methods when it comes to growing a small business.

As my colleague Cynthia Luna brought up in her recent article “Key Elements to Consider When Managing Successful AdWords Campaigns in Spanish”, Hispanics are quickly becoming a strong demographic.

The +52 Million US Hispanics, representing 17% of the total US population is a very interesting demographic to bring up when discussing guerrilla marketing tactics and blue ocean strategies from a marketing standpoint.

Just arriving from the Google Partner event IGNITION where the theme was how advertisers could better leverage the +50 million Hispanics in the US, I thought a post on the subject is well-timed.

When using their smartphones, they are also more engaged with social media and YouTube streaming. Actually, Hispanics watch 62% more videos than non-Hispanics.

For online marketers, Hispanics are more than just an audience of social media trendsetters or addictive web video streamers, they’re a population who fully rely on the internet as the primary source of information, and who are 56% more likely to click on ad copies if related to their search query. According to Ad Age, this has translated into $2.2 billion of online purchases or more exactly 11% of all ecommerce transactions in Q1 2012.

The Fastest Growing Population in the US

All throughout 2000 to 2010, Hispanics babies were born in the US at a rate 4 times faster than the total population. This means that this fast-growing demographic, which already represents more than $1.2 trillion in purchasing power will only become more intriguing for advertisers over the years to come.

As a result of this trend, it’s a fact that a lot of established businesses will have an immense pool of 2nd and 3rd generation young, acculturated and tech-savvy Hispanics to target and cater sales for. This means we need to figure out how to tap into this demographic in order to secure their market shares.

By 2050, Hispanics will represent 30% of the total US population (132.8 million), and will also represent a significant proportion of new customers who can weigh heavily on the bottom-line for marketers who embrace this rising opportunity now.

How to Exploit This Rising Opportunity As a Marketer?

So how can marketers and advertisers leverage all these insights to their advantage and expand their reach effectively toward this arising growth opportunity?

Approximately 93% of all Hispanics use Google as their primary search engine (Tweet this stat: http://clicktotweet.com/cbZf2). Considering that cost-per-clicks are typically lower in Spanish than English, this can be an untapped market for advertisers that have reached a plateau with their English AdWords campaigns.

However, a Spanish campaign expansion needs a carefully revised strategy as one can’t simply just translate keywords from English to Spanish and expect the same results.

Most successful marketing campaigns are tailored according to market research, channels, and audience; targeting the +52 million US Hispanics is definitely no exception.

You Need a Diversified Approach

It’s a common misconception that all Hispanics are one and the same and can easily be put into a single category: Latinos. This is not only a brutal mistake from a marketing perspective but also an offense for a person of Hispanic origin. For example, assuming that a Cuban is the same as a Nicaraguan when it comes to culture or values can be an offensive statement for a person of either nationality.

It’s therefore critical to embrace similarities, but even more important to celebrate the differences between cultures. This comes particularly into play with the geo-targeting efforts or ad creatives with a cultural twist, which can impact conversion rates significantly.

This doesn’t mean that you need to study Univision and Telemundo for the next couple of weeks, nor do you need to include Sofia Vergara or Eva Longoria in your ad creatives. You just need to create original content and ad copy designed for the audience and not just recycle your original US English campaigns.

At White Shark Media, we’ve had great success in developing campaigns by expanding our clients’ English targeting as a second step in the process, because we fully understand the cultural differences and the pillars for success with this approach.

We recently published our first joined case study with Google about a Car Rental company out of Miami where all factors for success were carefully considered when we engineered the campaigns for success.

First and foremost, a new keyword research process must be executed, since not only are CPC’s different but also impression share and search volume.

In general, traffic volume is heavily reduced when compared to English campaigns. However, in regions with a high percentage of the Hispanic population, we have experienced a close to an equal volume of search terms e.g. in Florida, Texas, and California.

Besides a well-examined keyword list, and creative ad copy with proper dialect, a Spanish landing page is equally paramount for triumph. If you exclude this piece from the puzzle, you will most likely experience high bounce rates and symmetrically low conversion rates. You do not have to translate your entire website for the sake of a Spanish campaign, but a landing page translated into Spanish is justified for the project.

Lastly, if you really want a grand slam effect from these campaigns, you should consider having a Spanish speaking sales representative to close the loop and effectively connect with your new customer. 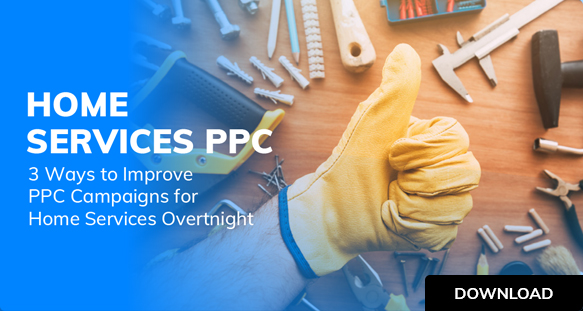