In the last couple of week’s I’ve received a couple of interesting cases from new AdWords Clients. One of them in particular was so interesting and spot on in regards to how my personal AdWords “style” has changed in 2013 that it went on to inspire this blog post.

For the longest time we’ve all focused on long-tail keywords and the importance of adding them to your campaign has been obvious:

However, during 2013 my mind started to wonder. I started questioning the reasoning behind this approach and I really thought that we should be able to do it better.

Granted, after I initiated the processes mentioned further in this blog post I heard about many others who had already embraced this approach to AdWords. Even though I can’t claim to be the first to come up with this approach (can you really ever claim this in AdWords?), then I would like to explain why my own AdWords style changed in order to inspire you to change yours.

We’re all different and what works for me might not work for you. I thrive with simplicity and data. The more data in a simple but actionable format I can get my hands on the better.

The Old Way Of Building A Campaign

Before I truly embraced Broad Match Modifier (Yes, it took me too long to really find out how I could use it well) I would create an ad group like this one:

When you then start to add modifiers such as cheap, affordable, buy, online, original, luxury, etc. you would have a pretty extensive keyword list. In the old days you would flash your huge keyword lists, but it’s kind of gone out of style.

The New Way Of Building A Campaign with Broad Match Modifier

Instead of using phrase match like in the example above you can instead use Broad Match Modifier to catch several search terms in different orders with just one variation of your keyword.

The same ad group as before could instead be set up like this when using broad match modifier instead of phrase match:

All of a sudden your 16 keywords have turned into 4. In some cases, I would even consider just having one version of the broad match modifier keyword seeing that plural searches will still be triggered by the BMM keyword in singular format.

However, in many cases it’s good to differentiate the two.

The keyword +nike +golf +clubs will for instance, ensure that your ads are triggered on the following searches

Can you start to see a pattern? Many searches are low-volume searches that only result in 1-5 clicks per month. Adding all of these to your account can make it very hard to analyze.

One of the big advantages of having less keywords is that you’ll be able to gather your clicks on fewer keywords. Say what, Andrew?

Let’s say that each keyword results in 10 clicks per month on average. This will result in 1,760 clicks per month – pretty good. However, seeing that each keyword only produces 10 clicks then you’ll have a hard time setting the right bids. Maybe it will take two months for each keyword to produce a sale. You can’t optimize until you have conversions, which means that you’ll have to wait two months until you can start managing your bidding.

You can of course always risk increasing the bidding to the top 3 positions so you get the highest CTR possible, but if your keyword isn’t converting well enough to support this, then it will be an expensive trial run. Adding up these 10 clicks per month and per keyword can make a serious dent to your profit margins in your AdWords account.

In my new approach, I would only choose to include an adjective, word order and plural/singular variations of a keyword if it had a proven track record of providing clicks and sales.

If a keyword produces such a low amount of clicks that each variation only gets one click, then I’d rather gather all these “one-of” clicks in my Broad Match Modifier variation instead.

Let’s say that in the example before we only included each keyword variation (i.e. cheap nike golf clubs) in Broad Match Modifier. This would result in an average of 10 clicks per variation to be aggregated on just that keyword, which will result in 160 clicks for one keyword.

With 160 clicks it’s much easier to determine whether a keyword is in one of the following categories:

Aggregating your clicks on fewer keywords will make it easier for you to test ads, bids and try out new settings such as bid adjustments for Enhanced Campaigns.

Just because you started out with a keyword in a single variation doesn’t mean that you shouldn’t make further research once your campaign is running.

A keyword like +nike +golf +clubs will reveal a lot of other search term variations once you’ve had it running for a month or so. Continuing your keyword research with the See Search Terms report is mandatory and even more crucial when you’re only using Broad Match Modifier.

Please note that I’m not advising you to go away from Exact Match keywords. Once a keyword has proven to produce clicks or conversions I will always add that specific variation in Exact Match.

Exact Match keywords allow you to control your bidding in a much more granular way. For the same reason, I advise you to only use one variation when using BMM (aggregated clicks) and the same reason lies behind using Exact Match.

If you’re only using BMM you will in some cases have a hard time increasing your bidding regardless of how aggressive you might like to be. If you can see that a certain keyword variation (let’s say cheap nike golf clubs) is producing a lot of clicks and converts amazingly, then there is no need to lump it together with all the other clicks.

No, we need this keyword to be in the top spot so it can enjoy Sitelinks and better yet – Sitelinks with Descriptions for maximum Ad real estate.

If you only rely on +cheap +nike +golf +clubs, then you would get clicks from potentially lower converting searches such as:

Granted, a good marketer will be able to weed out many of these searches by implementing negative keywords, but there are searches that convert lower, although you still want them included.

Personally, my desk in White Shark Media is clean at all times. Papers get thrown out. Empty teacups get moved to my little drawer system behind me. Cables and wires have been replaced by wireless technology or through cable boxes.

I don’t like messy work areas and this extends to my computer as well as to my AdWords campaigns. It’s proven that for many people having a clean desk means that they can concentrate better (the opposite is also true though). That being the case, then imagine how much better you will be able to optimize your AdWords campaigns if you don’t see a clutter of keywords.

Got questions about how this approach relates to your individual account? Shoot me an email and I’ll be happy to help you. 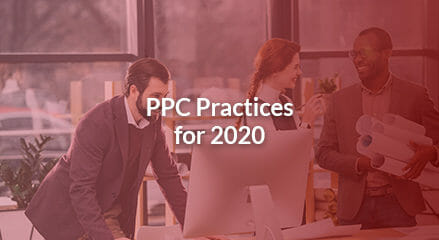 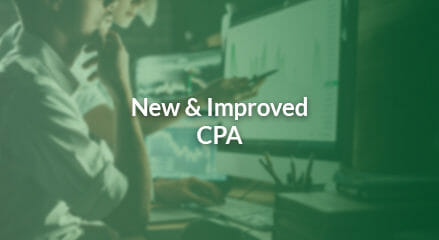